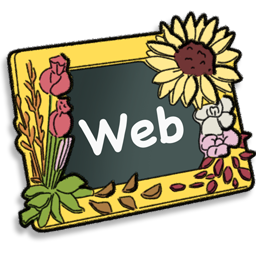 I had an interesting conversation with a client the other day that caused me some reflection. This conversation was about converting the client’s existing ASPX based site to a blog site.  I wanted to do this for several reasons:

Several times we had the conversation about moving the existing web site to a blog site, and each time we ended the conversation by agreeing to the change.  Then I would get a call a few days later at which time she would express that she was unconvinced and that she really didn’t want to move it over.  To me I was getting a little miffed and I just didn’t get it.

I mean, I just didn’t get it until I did a little experiment.  I actually created a blog site for her and spent a little extra time making it look similar to her existing web site.  Next time I spoke to her on the phone (after we had another “ok, let’s do it” conversation) she again brought up that she was re-thinking the decision and just didn’t want to do it.

So I had her pull up the temporary blog site that I had done based on the look and feel of her existing site.  She was blown away!  She was amazed that what she was looking at was a blog site and not a “regular” web site; she had no idea that a blog site could be made to look that way.

Bingo… I got it!  Although I had talked to her numerous times about the look and feel of the blog site (and she said it wasn’t important to her), she still had it in her mind a per-conceived perception of what a “blog” would look like.  And she did not want that look.  And although I tried to explain to her that the site didn’t need to look like a typical blog, she just couldn’t get past that point.  It wasn’t until she actually saw it that she dropped all hesitation and exclaimed go for it.

So this all caused me to reflect a little bit on what I tell my clients.  Sometimes it isn’t the underlying technology that is important, but rather the result.  In fact, sometimes the nomenclature can get in the way as it did in this case.  If I had instead told Jean that I wanted to move her web site over to an updated web site that would give her better SEO rankings and allow her to make changes herself, I think I would have had much less opposition; maybe even support.